Can you define creativity?

Would you be able to explain what CREATIVITY is? It’s not an easy task, but not impossible either. According to many artists, creativity is something intangible and ethereal; it can even be thought of as a type of energy that takes hold of you and then disappears. In fact, poet Ruth Stone says that whenever she felt that magic taking hold of her, she would (literally) run as fast as she could to pick up pen and paper, and not let it escape her like it had done so many other times before. I don’t think this idea of creativity as something somewhat mystical is necessarily a recent view. In fact, you’ve probably heard of the following phrase:

“Inspiration always comes when you least expect it.” 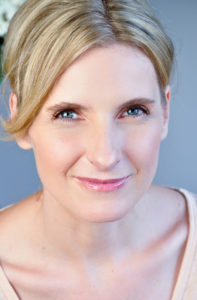 Elizabeth Gilbert, author of best-selling novels such as Eat, Pray, Love (2006) and Big Magic (2015) among others, explained during her speech at TED Talks, that in Ancient Greece and Rome people didn’t think creativity was a human quality. They thought it was a divine spirit that came to human beings from some a distant and unknowable source for distant and unknowable reasons.

Some Greeks would call these ‘demons’. In fact, Socrates believed he had a demon who spoke wisdom to him from afar.

The Romans had the same idea, but called it ‘genius’. But not the definition for ‘genius’ we usually use, related to someone who is intelligent. Romans did not identify genius with the Greek’s idea of demons either. They thought it was a magical divine entity, who was believed to literally live in the walls of an artist’s studio (for those familiar with Harry Potter, a kind of Dobby), and who would come out and invisibly assist the artist and help shape his work.

Click here to download a printable from her last book, Big Magic, with some steps to help stimulate your creativity.

Etymologically speaking, the word creativity originates from the Latin creare. To create is the action; it is the skill and ability people have to generate and produce new ideas and concepts, making associations that are already part of our being. How? By resorting to intertextuality.

Intertextuality is the interrelationship between different meanings; it is the connection with other texts, allowing for a vast richness of interpretation and creation (Carbonell, 2002). We can therefore understand creation as the result of a mixture of imaginaries, which means creativity is a unique and original word – a combination of new and varied ideas.

Creativity is a synonym of:

It’s true we often relate creativity to a survival instinct, like American writer Amy Tan explains. We use it, along with our wit, to come up with solutions to problems. This is what makes society and human civilization advance. In fact, in the post “Perfect design: experience and functionality” I already touched on this topic, but in relation to concrete examples that have functional purposes. Creativity goes beyond simply looking for solutions; it doesn’t always have to involve problem-solving. It can manifest itself in many ways.
In the following video, Steven Johnson shows how most ideas and transforming technologies, like computers for example, weren’t simply invented because we needed them, but rather because we wanted to find new ways of enjoying play.
” frameborder=”0″ scrolling=”no” allowfullscreen>

I personally think that as long as you can provide good arguments for your definition of creativity, you can’t go wrong. What do you think?